I was given these three chilli plants and I have no clue what they are or what I am supposed to be doing with them during the winter months. I've currently put them on my kitchen windowsill where they get the most sunlight and warmth and i've been watering them every 3 days to keep the soil moist. 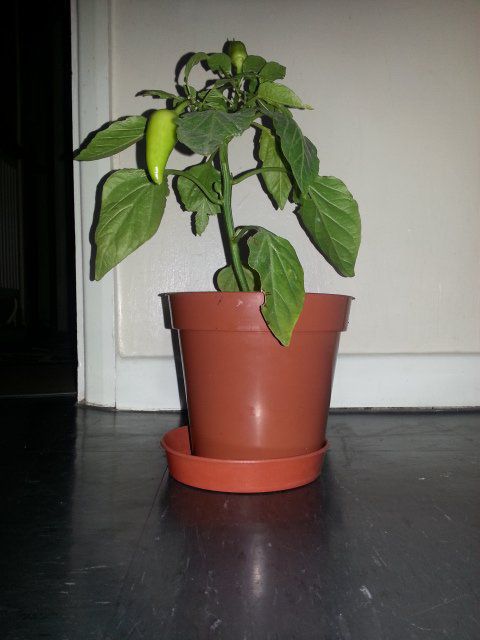 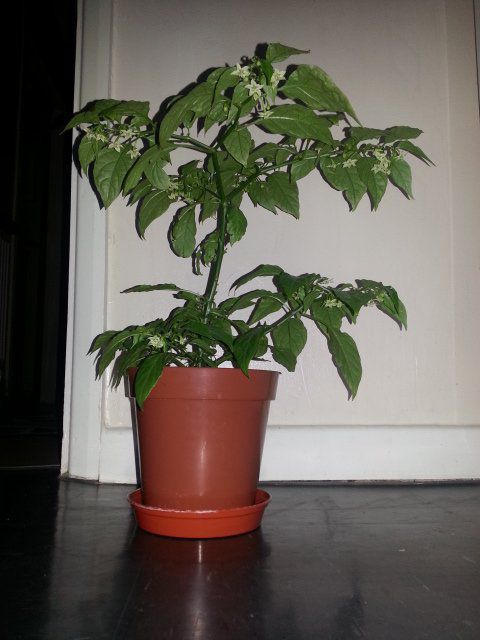 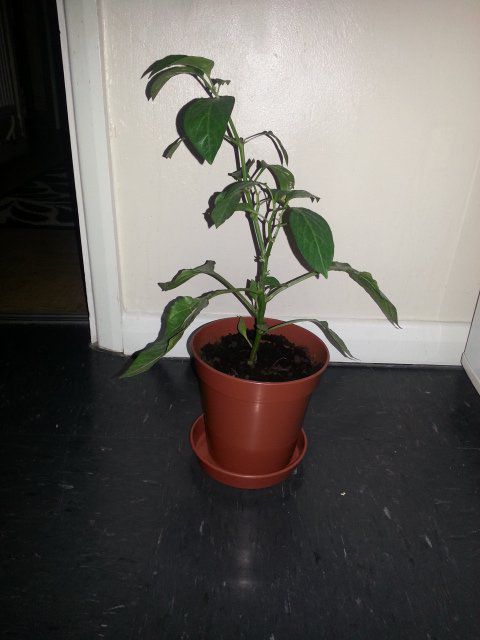 The first one looks a lot like a jalapeño chili plant, it could also be something known in mexico as ''chile guero''. If it's the latter... you are lucky, those are very nice and not so spicy! They are so mild in flavor and kind of sweet, perfect for many dishes. Not sure about the others though, because I can't really see the fruit. Either way, great gift! Enjoy your chilli plants I plan to start growing my own soon too.

I agree with @Trellum that they looked like Jalapeño peppers. They are seem to be doing so well, and you have good sun light on your kitchen windowsill.

They look very healthy, so you clearly take a good care of them
Chilli plants are wonderful, I like them very much, because they're easy to grow and really pretty. I must get one too

Thank you for your replies, knowing the variety will make life easier to look after them. The second plant has yet to produce anything at the moment, I’m having problems with keeping the flowers on the plant and no amount of self pollinating helps. Currently blaming this on the colder weather and hoping that come summer they will produce more. It’s nice to hear that they look healthy, they are definitely worth having.

I attempted growing some chilli plants some years ago at was not successful with them mainly due to lack of patience since I had grown them from seeds as opposed to seedlings which take less time to mature. If I decide to venture into this area, I would grow bird's eye chilli which is extremely potent and has a ready market.
Ad

remnant said:
I attempted growing some chilli plants some years ago at was not successful with them mainly due to lack of patience since I had grown them from seeds as opposed to seedlings which take less time to mature. If I decide to venture into this area, I would grow bird's eye chilli which is extremely potent and has a ready market.
Click to expand...

That's funny you say you did not have the patience to grow from seed. We grew about 20 seeds of multi-color bell peppers. I said I would be happy with one plant, and it was the purple variety I would be thrilled! Well, after months of tiny, spindley unhappy belly peppers, one by one each one died until we had, you guessed it one left. And the miracle? It was the purple variety. 4 months later it is bushy and producing many happy peppers!

As for the other two plants, it is difficult to say without seeing the fruit. The second one looks like our dragon chili plant, a very spicy long thin chili that can produce red or green chilies. Is the leaf texture waxy or soft and slightly fuzzy (like a tomato?) Are the leaves very thin or thicker?