Butterflies in my Native Garden

Over the Summer, I saw non-stop butterfly activity in my native garden. I took countless photos and videos of them, so I thought I'd share some of them with you all.

Red Admiral. I saw this one in mid-July. Although I see Red Admirals all the time, I don't have much luck with getting up close to them. This day was a hot one, and the butterfly was focused on drinking the nectar, so I was able to work my way up to it. 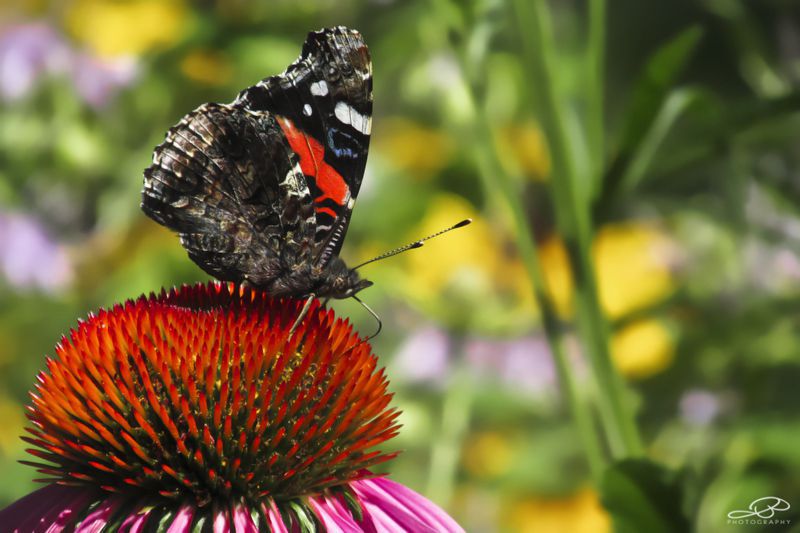 Monarchs, of course, are one of my favorite Butterflies. They're the most popular butterfly in North America, and most noted for their huge population decline over the past 20 years. The first two photos show Monarchs on their favorite plant - Meadow Blazing Star. 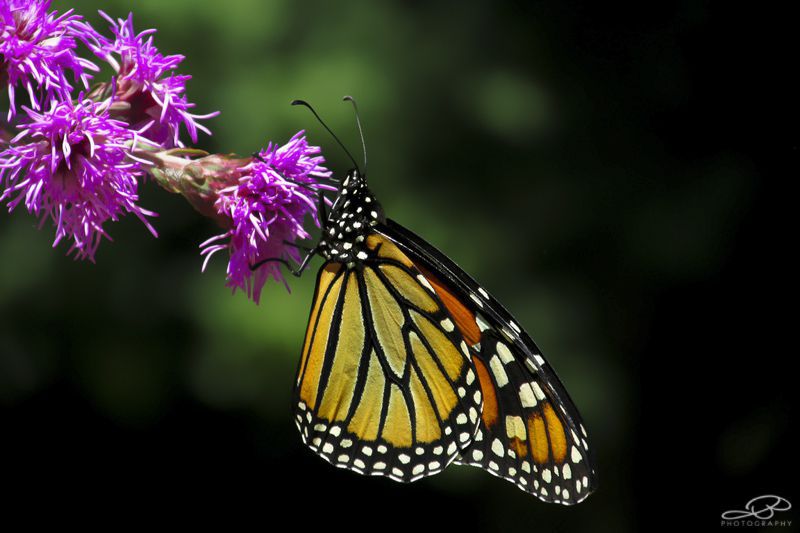 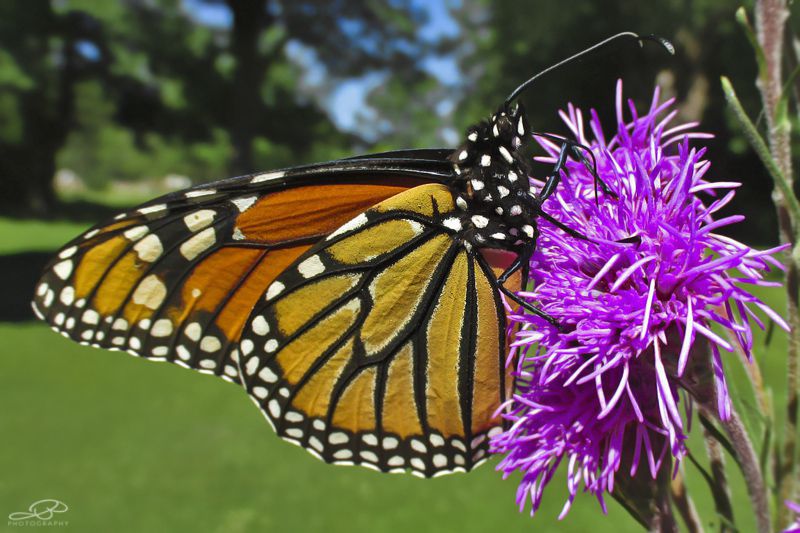 These next two photos show Monarchs on their most important plant, Milkweed. Not only is Milkweed a nectar source, but it also doubles as a host plant for Monarch Caterpillars. There are many different types of Milkweed, including Swamp Milkweed and Orange Milkweed. 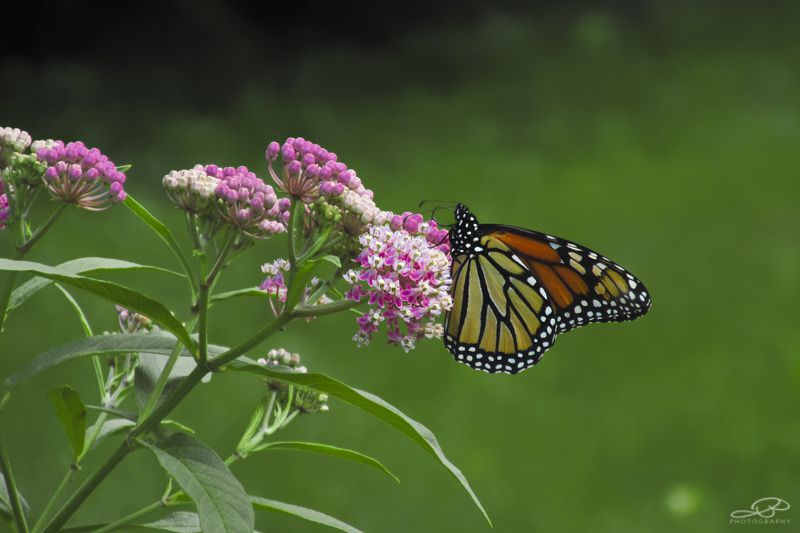 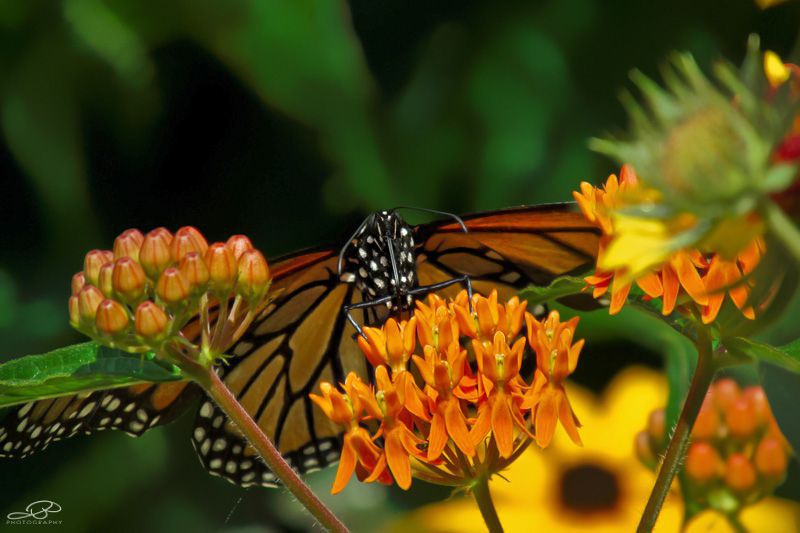 Of course, with Milkweed comes caterpillars. This Monarch caterpillar was eating Orange Milkweed on the outside edge of my pond. 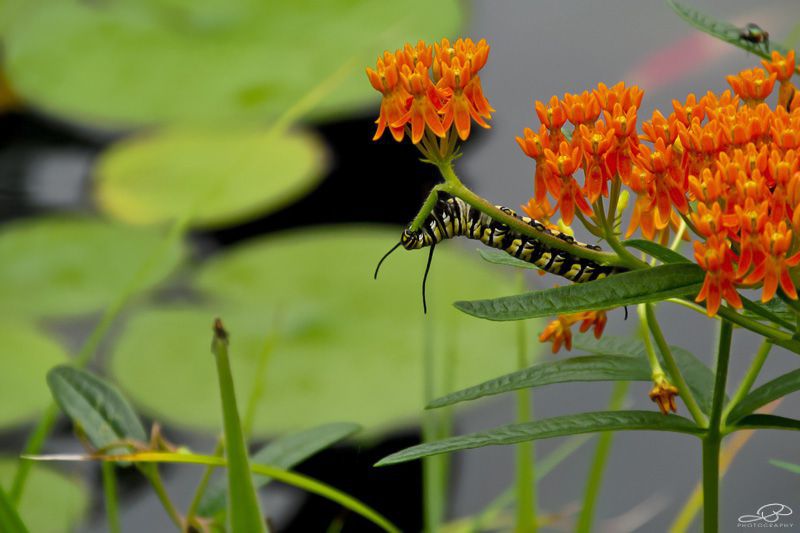 I brought in some Monarch caterpillars to raise. It gives them a considerably better chance of survival. I generally let nature take its course, but it's fun bringing in a handful and watching them go through the transformation. These two Monarchs formed chrysalises on the same day were released on the same day. 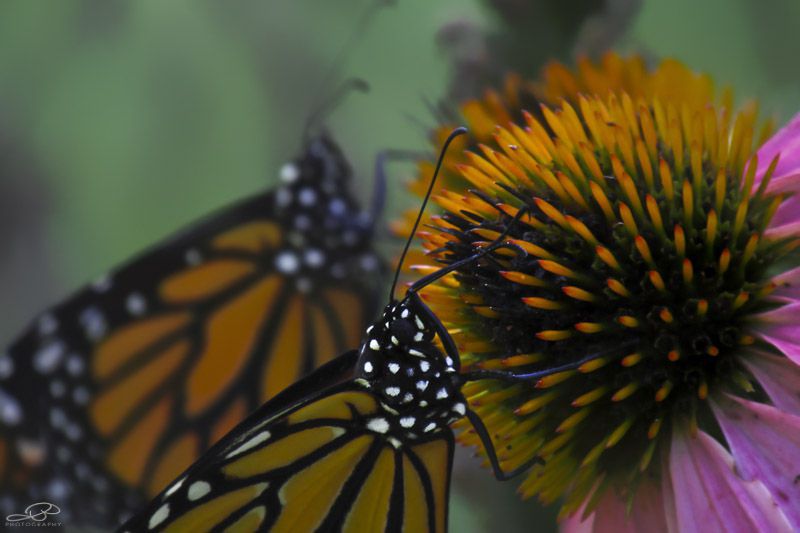 Skippers are common butterflies that come in many species. They flap their wings very fast, and most are small. The first photo is of a Silver-spotted Skipper, and the second is a Skipper that I don't know enough about to identify. 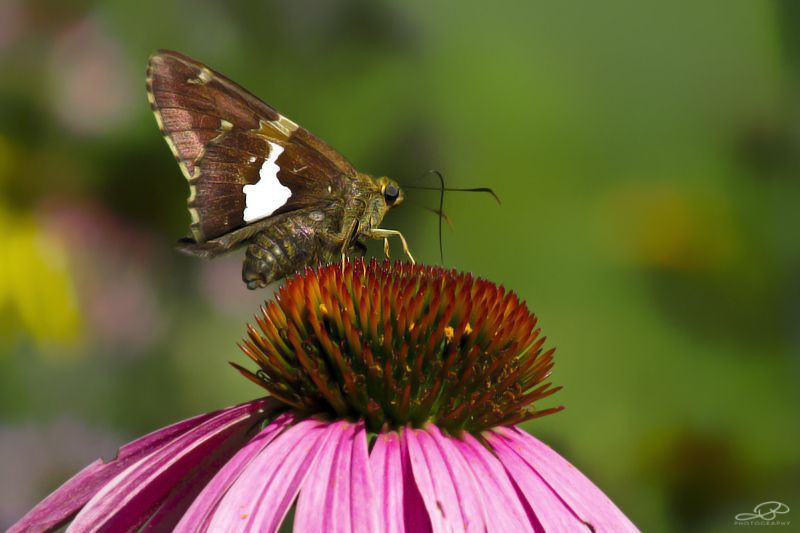 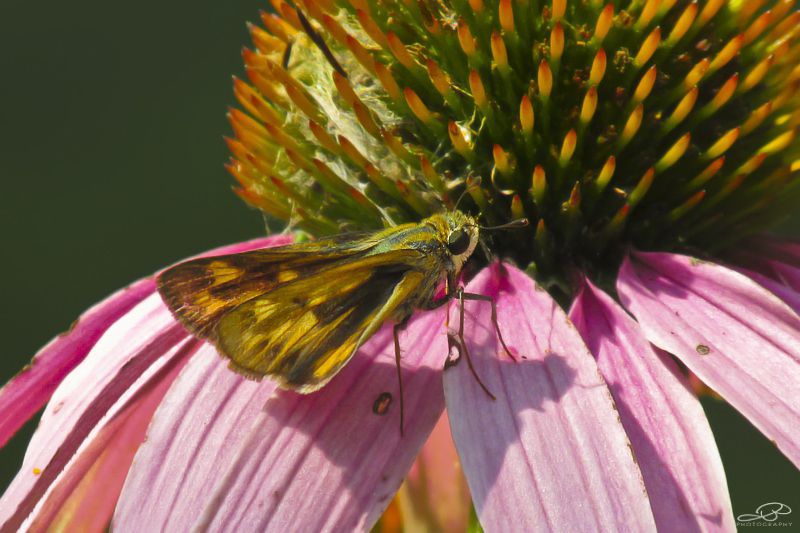 Red-Spotted Purples are larger than Red Admirals and smaller than Monarch Butterflies. They can occasionally be confused for Black Swallowtails, but in fact, have very different markings. I typically only see a few of these each year, though they're actually considered common. I was luck enough to get a photo before it flew away. 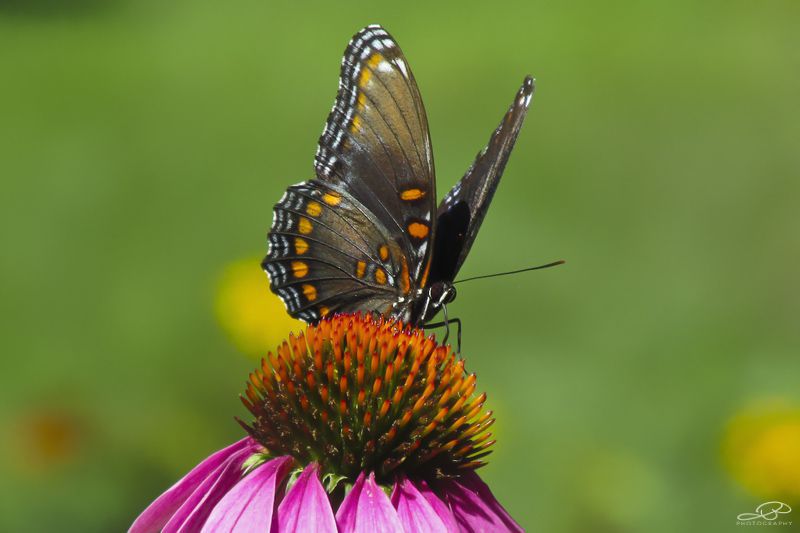 Eastern Tiger Swallowtails are the second most recognized butterfly in North America. It's larger than the Monarch and can be seen almost as frequently. 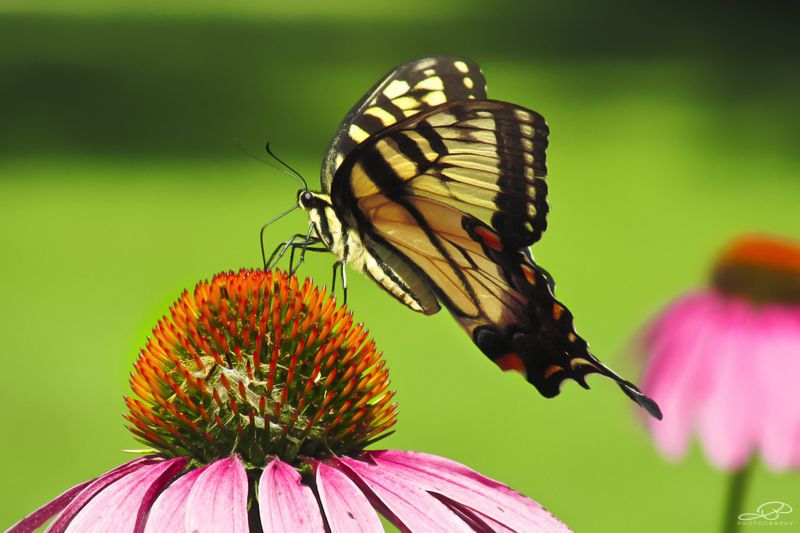 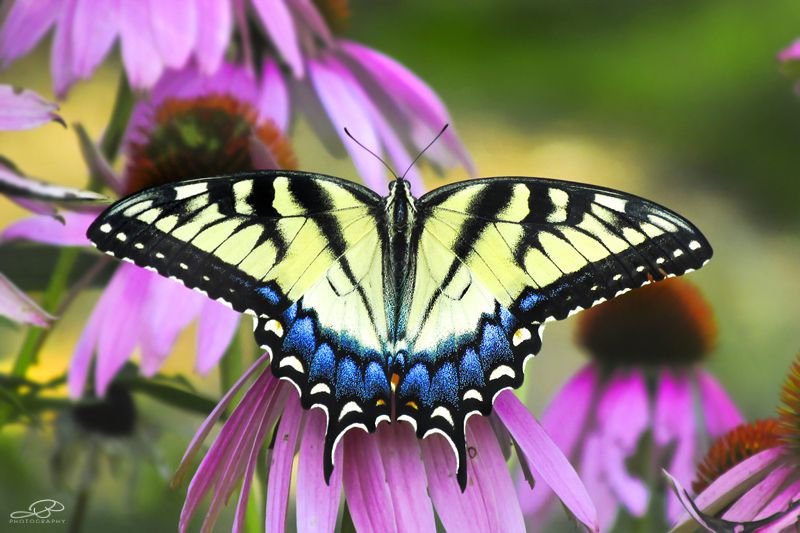 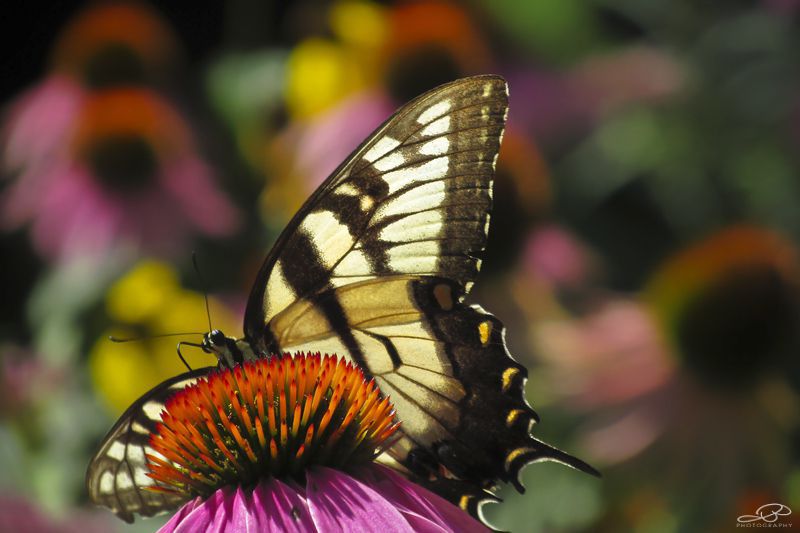 Here is a black form of a female Eastern Tiger Swallowtail. 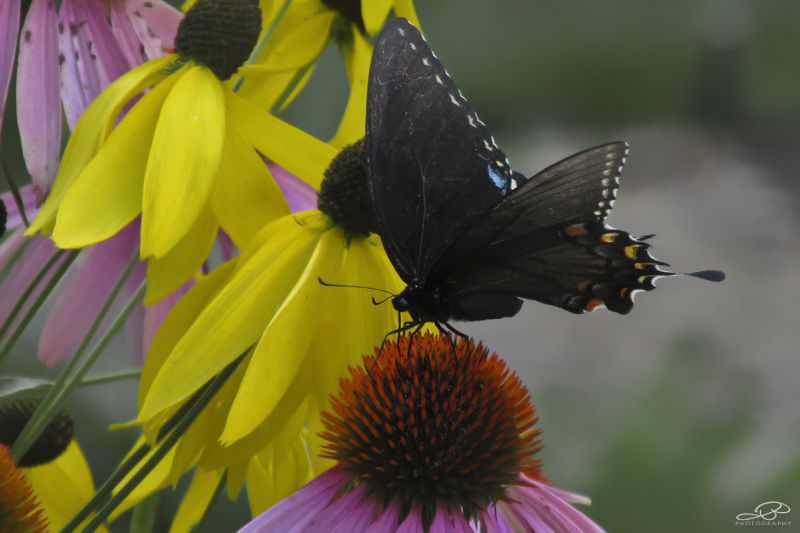 Similar, but different, is a Black Swallowtail. Fairly common, but not seen nearly as often as the Eastern Tiger Swallowtail. 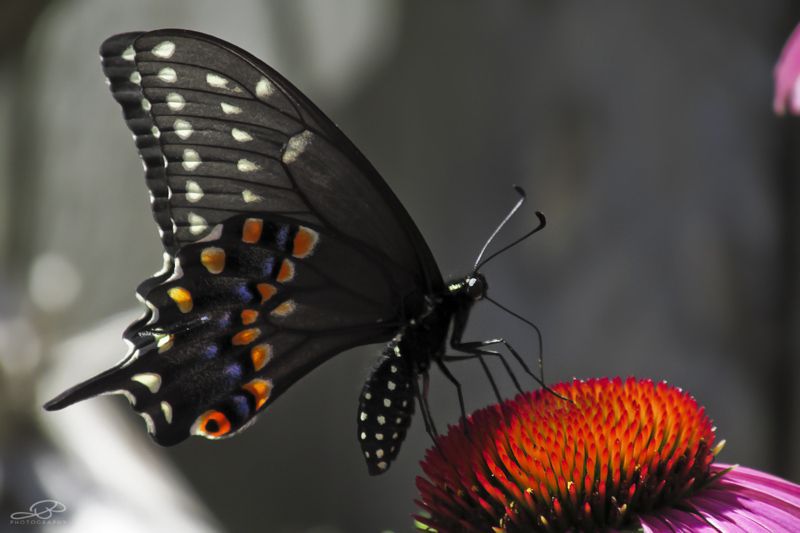 One of the best sightings I saw all year was something considerably rare in Wisconsin, a Giant Swallowtail. This is the largest North American butterfly! It stayed for over a half hour and was obsessed with the Swamp Milkweed nectar. I never thought I'd see one of these, and now I hold hope that maybe I'll get to see another next year. 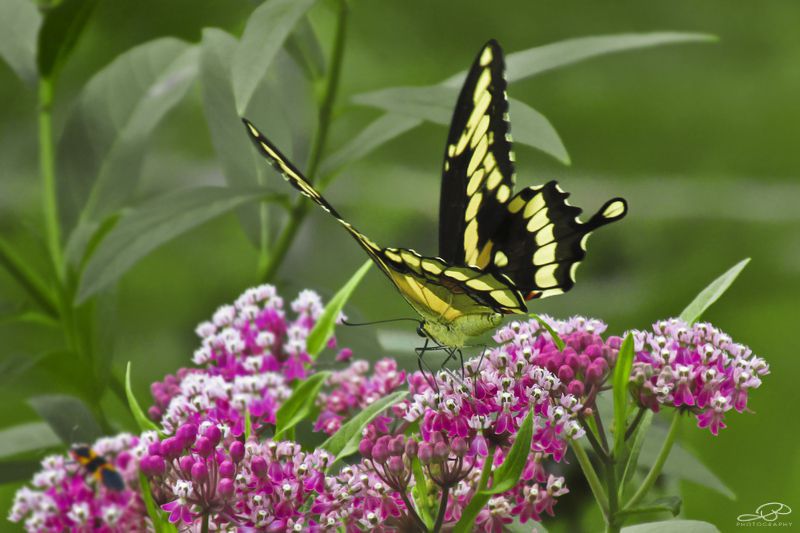 Here are some of the videos I took throughout the summer, along with a slideshow showing some of the same photos posted above.

We have Red Admirals over here. Here's a few Peacock butterflies I had to hoik out of the pill box last summer. Because it's cold in there they thought it was still winter 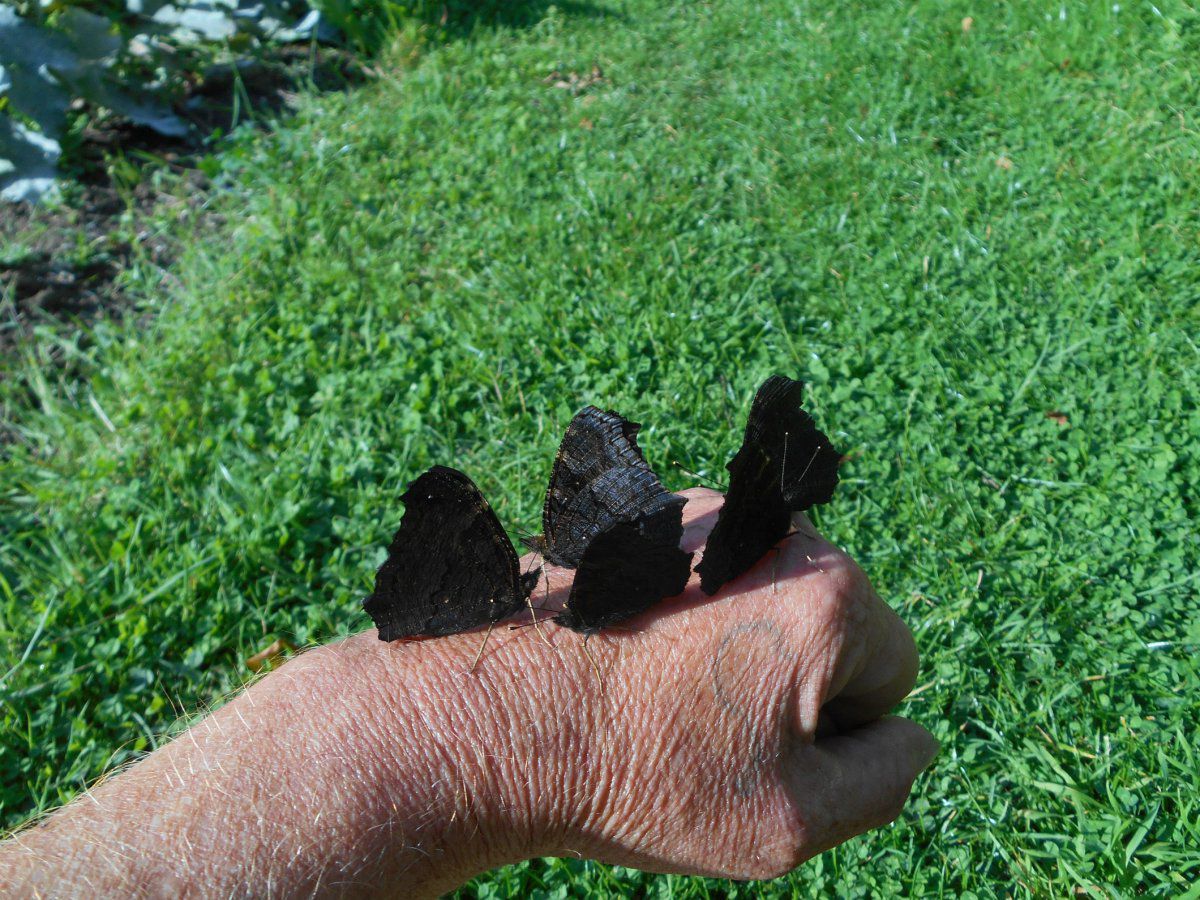 What fantastic photos! You have seen a great variety, that's for sure

Never seen Skippers before - to my (uneducated) eye they look more like moths than butterflies.