What type beans do you grow?

Last year I grew 38 lbs of Roma Flat Pod beans in a 40 ft row, these are like eating sugar snap snow peas. I give up trying to grow peas in our area. One year I grew Purple Hull Peas. I have grown Little Green Lima beans and Large Lima beans. Blue Lake bush beans use to be our favorite. I have grown Dark Brown Kidney beans and Navy Beans. WE will NEVER eat Great Northern beans ever again NAVY BEANS are many times better. Cranberry Beans are very good too. 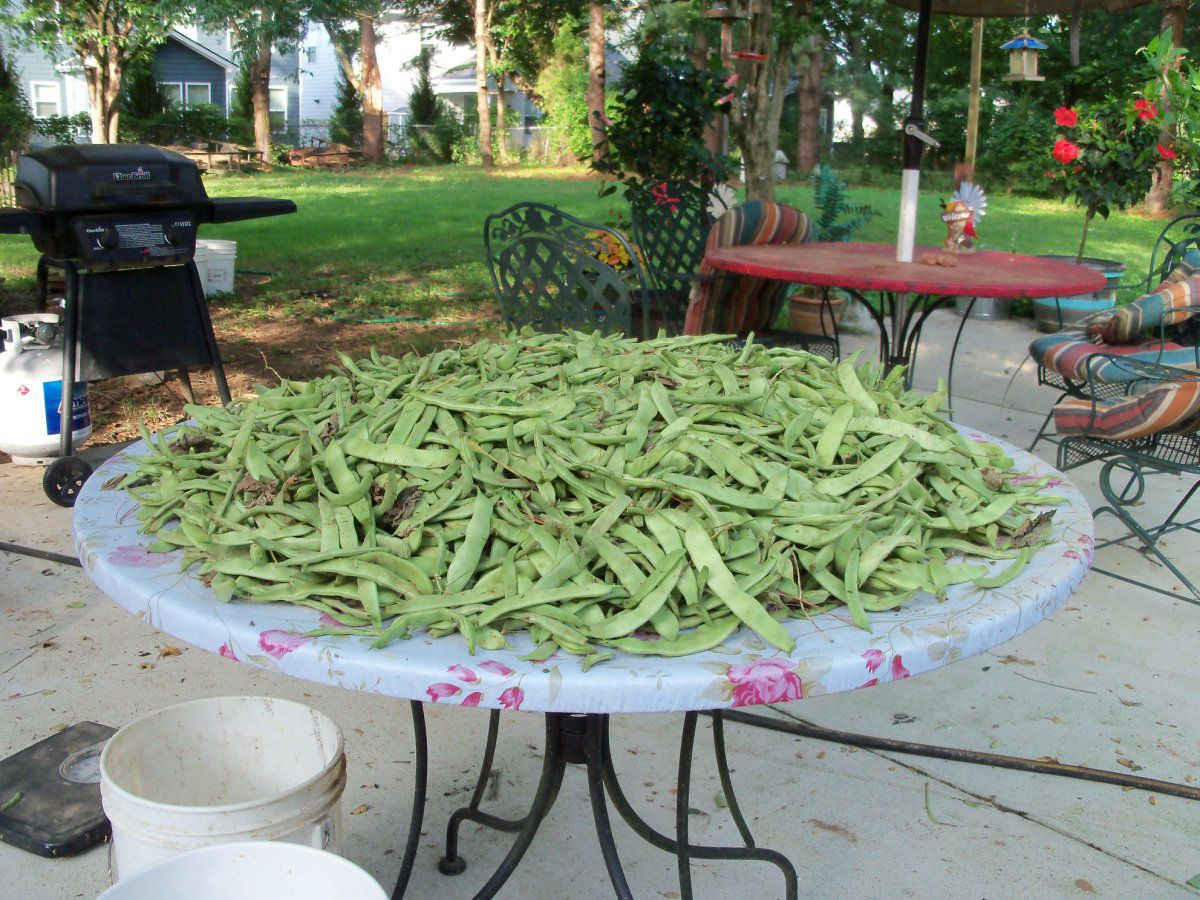 "What type beans do you grow?"

You name it and I've most likely grown it. As I have "matured" over the years I've gone more to pole beans vs bush beans. Easier to harvest. We consume them all fresh, canned, and in various ways as shelled/frozen.

For fresh eating, can't beat blue lakes and Kentucky Wonders. Blue lakes are also great canned. Nothing like opening a few jars at Thanksgiving dinners for a taste that is so close to fresh you can't tell the difference. We generally can about 30 quarts each year.

For shelling, I like "bingo", "cranberry", and pintos".
Bingo(center in photo): Big, creamy pods streaked with bright pinkish red with a hearty delicious flavor. Taste amazing in soups or traditional Italian recipes. They are a pole bean climbing 6 ft and heavy producers. Very easy to grow and harvest.

Cranberry(left in photo): Arrived from England around 1825 and are established as the pinnacle of quality in home garden beans. Bush bean, very tasty and easier to handle than smaller pintos

Pintos(right in photo): Small but highly flavorful and are a central part of the cuisine of many Latin American countries and Texas. Cowboys would have starved to death without them. They are prepared in refried beans and chili con carne and are typically served with rice. Pintos are also used in three-bean salads, minestrone soup, stews, and casseroles. 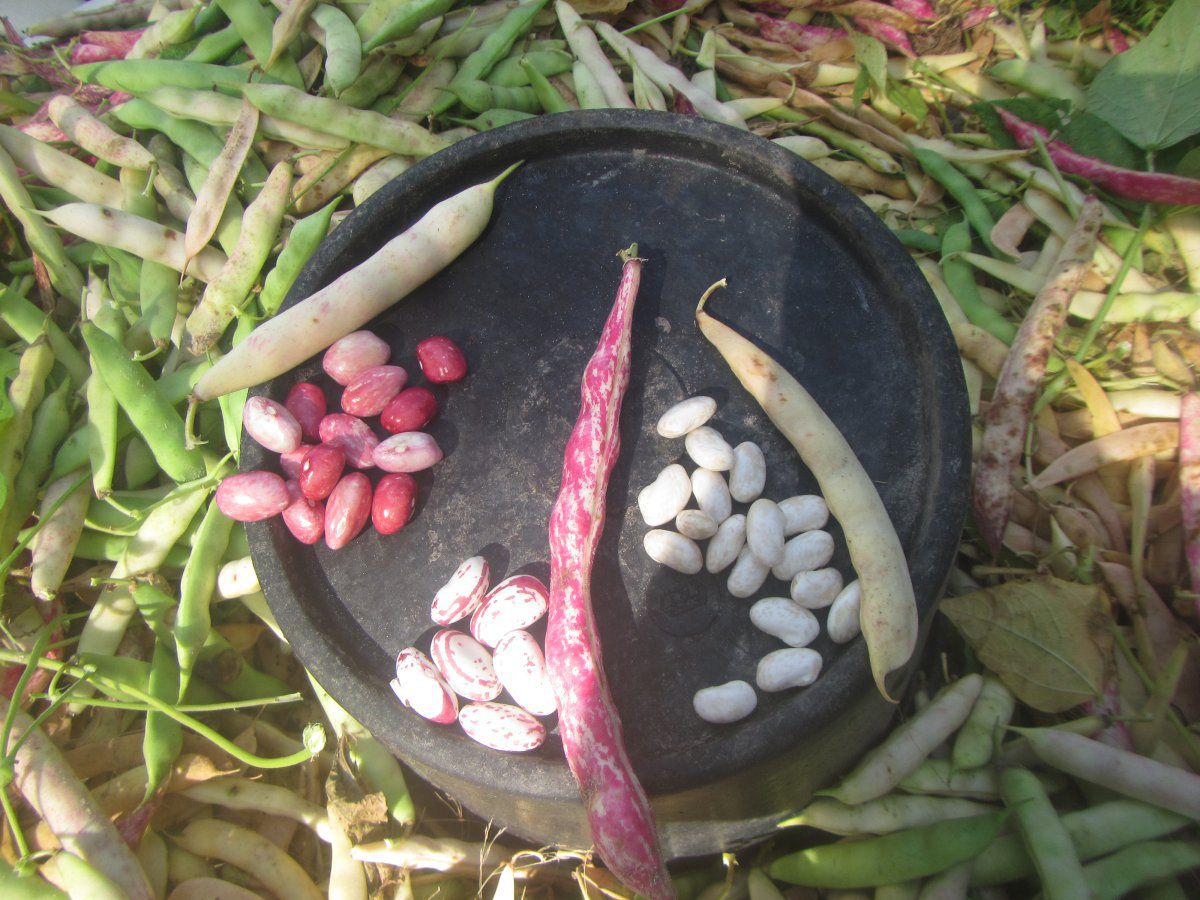 I have found that beans for shelling are best when picked before completely dry as shown above. So, they need to be frozen after shelling for long term storage. We shell/freeze probably 20 - 30 gallons each year. The taste is far superior to traditional dried beans and they cook in 1/2 the time. Stunningly delicious!!

Limas don't seem to do well here in East Texas and they represent the only beans I am forced to procure outside the garden. Everything else I home grow. 100%

In addition to consumption, I use some beans like pintos for soil building for their legume properties. However, I've found over the years that field peas are much more serviceable in that application. Hence, I grow large amounts of peas of various types for both consumption and for soil building/replenishment. I like to use the snap peas in companion planting especially with potatoes which are coming up on my planting schedule soon.

Yep, when it comes to beans, been there and done that for many years!

The frost fronts appear to be over for me, so I planted my beans.

Meadowlark said:
The frost fronts appear to be over for me, so I planted my beans.

Expecting a big harvest of beans.
Click to expand...

Wondered if I had strayed into a farming forum for a moment If I took out the plum tree there is one place I could just about get a 90ft row in my garden.
I do like 'Cobra' climbing French bean.
R

Gary, for reference we harvested 350 plus pounds of blue lake beans from 2 16 foot rows a couple years ago. Canned and froze 300 gave away 50 and gave up.

Might have gotten well over 400 pounds if we kept going.

400 pounds from 32 ft row sounds excellent to me. Outstanding!
Ad

The vines exceeded the trellises by a large amount. Some might have grown to 25 feet!

Frequent picking seems to have kept them productive.

Going to try it again this year, we're down to about the last 15 pounds.