Anyone know the name of this please? 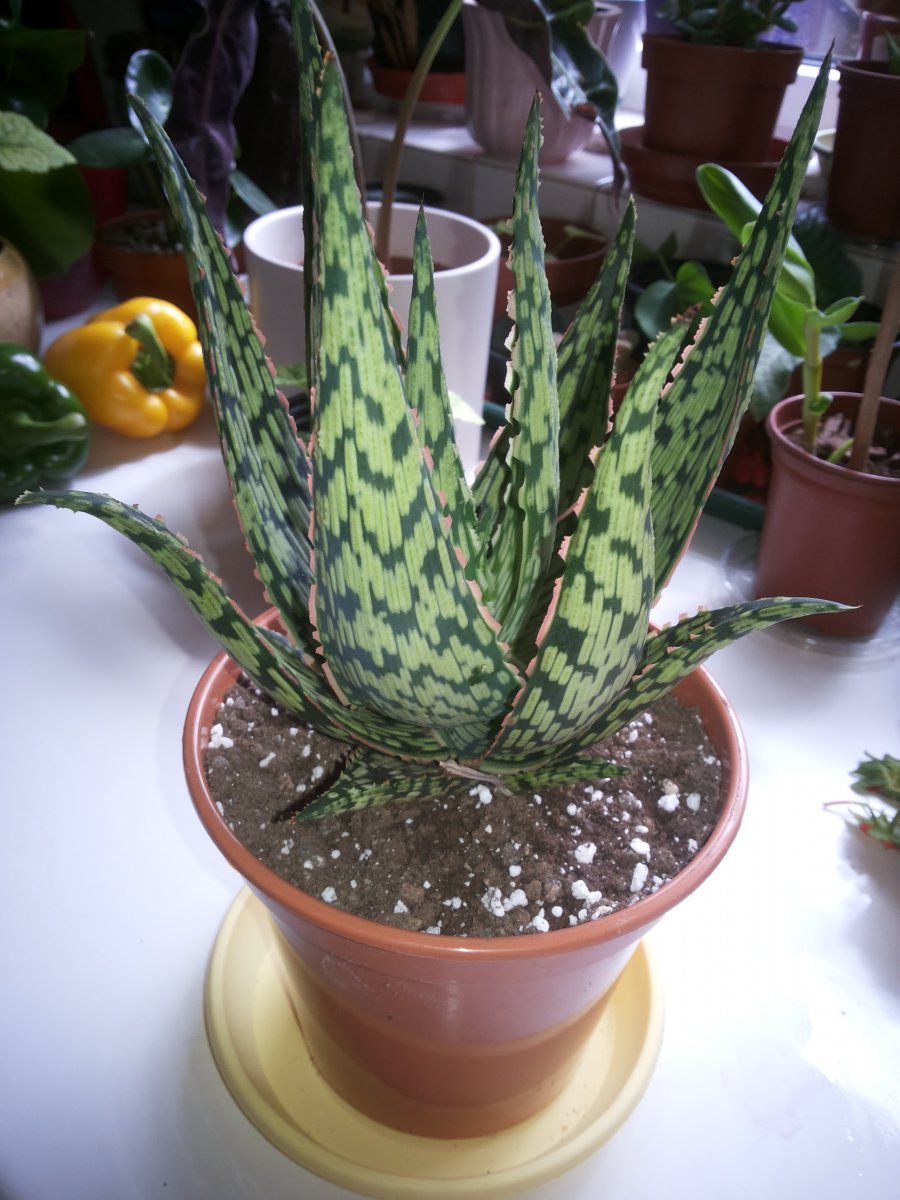 Yes, it's an Aloe and probably a hybrid at that. What's even more fun with those 3 genera is that they will hybridize with each other to create Gasteraloes, Aloeworthias, and Gasterworthias. Craziness ensues!

This is one of large group of hybrid Aloe, usually referred to as the 'Madagascar Hybrids' or 'Madagascar Dwarf Hybrids', as they often small in stature and bred mostly from species from Madagascar. In addition to smaller size, they are also renowned for their complexly patterned, coloured, and textured leaves, and for their ability to bloom repeatedly throughout the year, unlike many Aloe which only bloom once per year. In addition, they are even able to withstand light frosts into the upper 20ºs F, despite their Madagascan origins. Overall, these plants are succulents of exceptional beauty and ease-of-culture, suitable for both selective collectors and novice beginners.

The exact cultivar pictured is difficult to determine as there are many cultivars available, some with multiple names, not to mention unnamed seedlings. Furthermore, the color and density of the leaf pattern can vary, depending on how much light the plant has received. Three fairly common and recommended cultivars that look somewhat similar are Aloe x 'Christmas Carol', Aloe x 'Fang', and Aloe x 'Pink Blush', though none of these are an exact match for the plant shown.
Last edited: Oct 27, 2021