A Problem Solved, Not Possible Without the Internet

But I'm beginning to have a problem sometimes reading the music when I play my Yamaha Tyros 5 leccy piano.
The music stand is quite far away unless you drag the stool nearer and don't extend your arms so much. Reading glassses aren't that much help.

There's no way you can adjust the positioning of the stand to bring it nearer to you. It locks into short brackets which in turn lock into the back of the keyboard. There's no commercially made aftermarket adaptions.
A few years or so ago, this problem with the Yamaha Tyros range, came up on the Yamaha keyboards message board to which I subscribe. I remember someone mentioning that another subscriber was making them out of perspex and supplying other members.

So I put a message on the board asking about them. I got a reply from someone the following day, Thursday, who said he had a pair which he'd used on his Tyros 4, but he no longer used them as he'd changed to another make of piano. He said they will fit a Tyros 5. He was willing to sell them to me for a few quid.
Only problem was that he lived in Boston USA.
Wasn't a real problem, as I paid for them and the postage with Paypal (which was more than the brackets) and he sent them off yesterday, might be some weeks before they arrive. But still job done.

I'll have to sort out how to mount the little light I've rigged up similar to those that orchestra players use to illuminate their music, but it might not be necessary now. 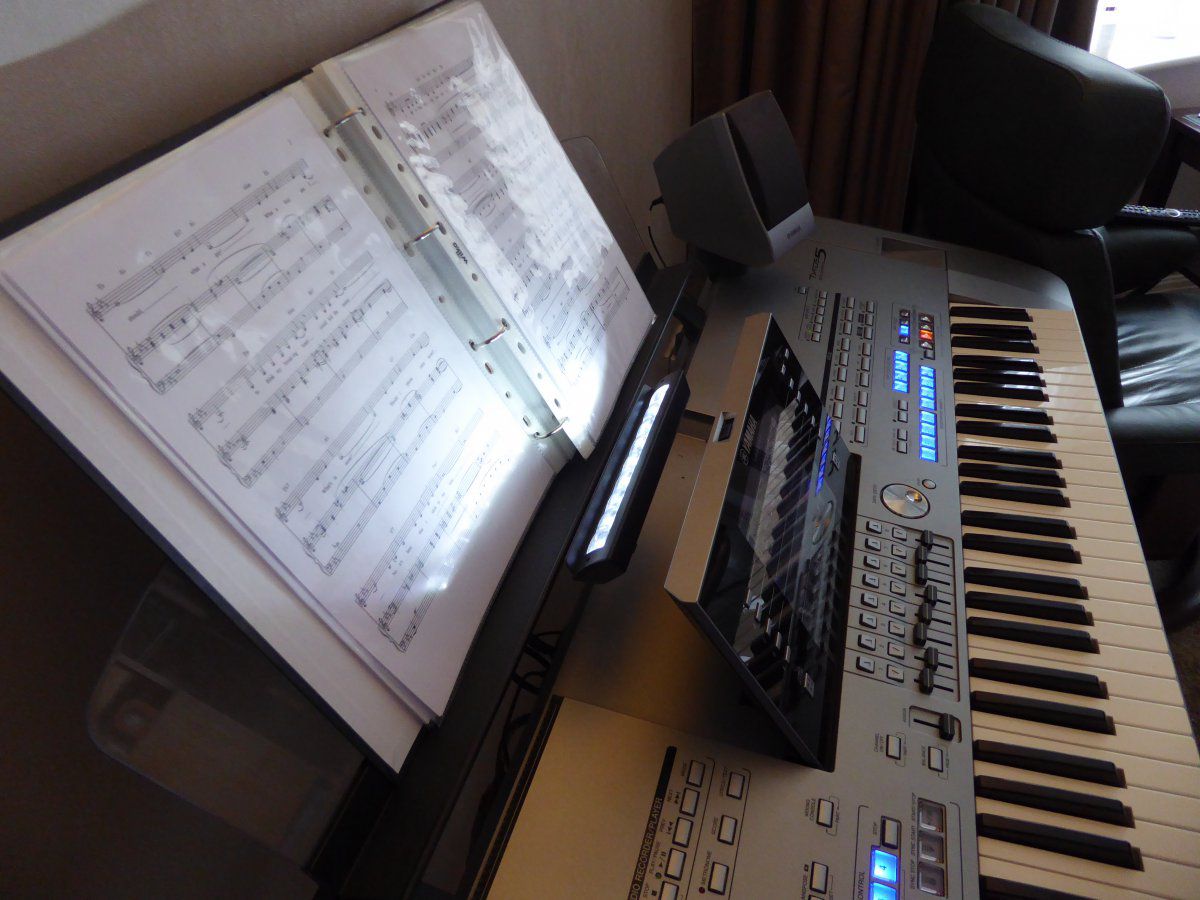 Hi sean,
Have you thought of the obvious, going and having a chat with the eye hospital?
It really is amazing the things that can be done today,
It may be something very simple, you never know ?

Peace perfect peace said:
Hi sean,
Have you thought of the obvious, going and having a chat with the eye hospital?
It really is amazing the things that can be done today,
It may be something very simple, you never know ?
Click to expand...

Nothing's that simple. As you age your eyes change and you need to see an optician every two years, as I do.
At one time I needed glasses for long vision, but not for reading, over the last twenty years that has reversed.
I've glasses for long vision, that starts at around 10 ft with me, so I use them to watch the TV. But not when I'm ouside the house as there's little improvement.
I've reading glasses, but the focal length of those is less than I need to read "all those little dots on MS paper."

The problem with glasses is that you're effectively "self medicating" at the opticians.

Not always easy to decide.
Ad

Sean,
Im sorry to hear that,
It was just a thought, As im sure you'll Know sometimes you can't see the wood for the tree's?

My other half sometimes will say to me something and ive thought why the hell couldn't i see that.

Any way us old farts have a way of sorting things,
Good luck sean