http://durgan.org/2017/June%202017/30%20June%202017%20Tempeh/HTML/ 30 June 2017 Tempeh
Half a liter of soy beans were made into tempheh.The starter was three teaspoons of spores from the previous batch. Fermentation was 50 hours at 31C.The pictures depict one of three loaves produced. The damp cotton wrapping cloth maintains an adequate humidity around the beans. A 1/4 of a loaf is an adequate serving. 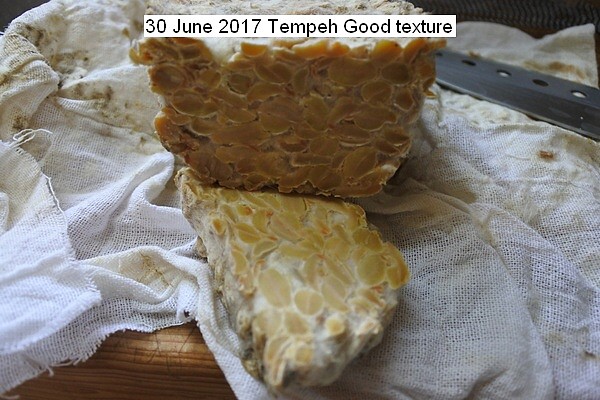 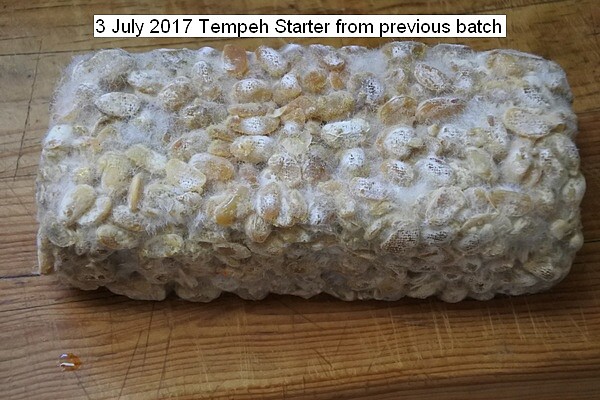 I ordered one kilogram of tempeh starter from http://tempehstarter.com/catalog/index.php?cPath=22&osCsid=8d88a95e87cca84858eb97a2f897ebd2 in Indonesia. Cost about 75 dollars including shipping.
The first batch of one half liter of dried of soy beans were made into perfect tempeh. One kilogram of starter is enough to process over 200 liters of tempeh.
Half a liter of dried soy beans were washed and then boiled for about 30 minutes, then skins removed by rubbing between the hands, and the skins poured off about 5 times to remove completely. The beans were then pressure cooked for 30 minutes at 15 PSI. Beans were allowed to cool to room temperature. A large tablespoon of vinegar was added to lower pH and mixed, then one teaspoon of powdered Starter was added and mixed thoroughly.
The prepared beans were then placed in three open containers in a sterilized cotton damp clothe to main some humidity. The containers were then placed in a 5 gallon bucket which has a body heater in the bottom with an LED lamp at the top with a dimmer to control the temperature around 31C. Incubation was ~30 hours which produced perfect tempeh. The following pictures depict the process. 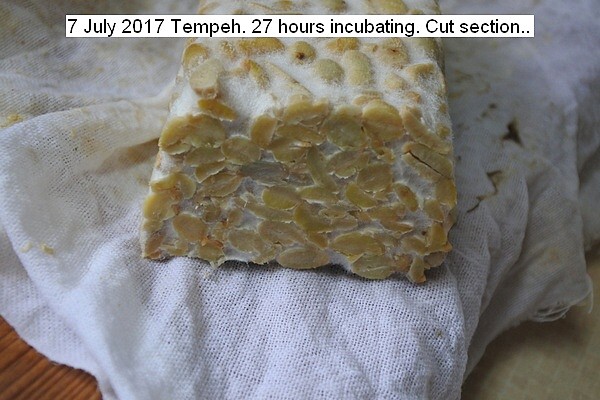 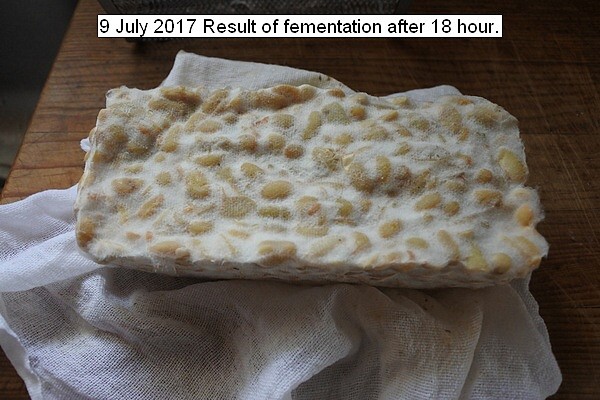 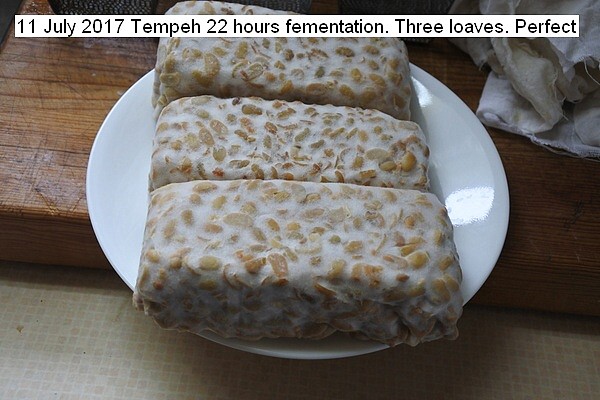 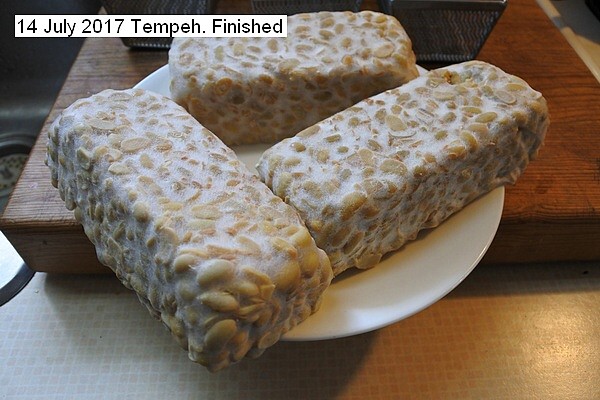